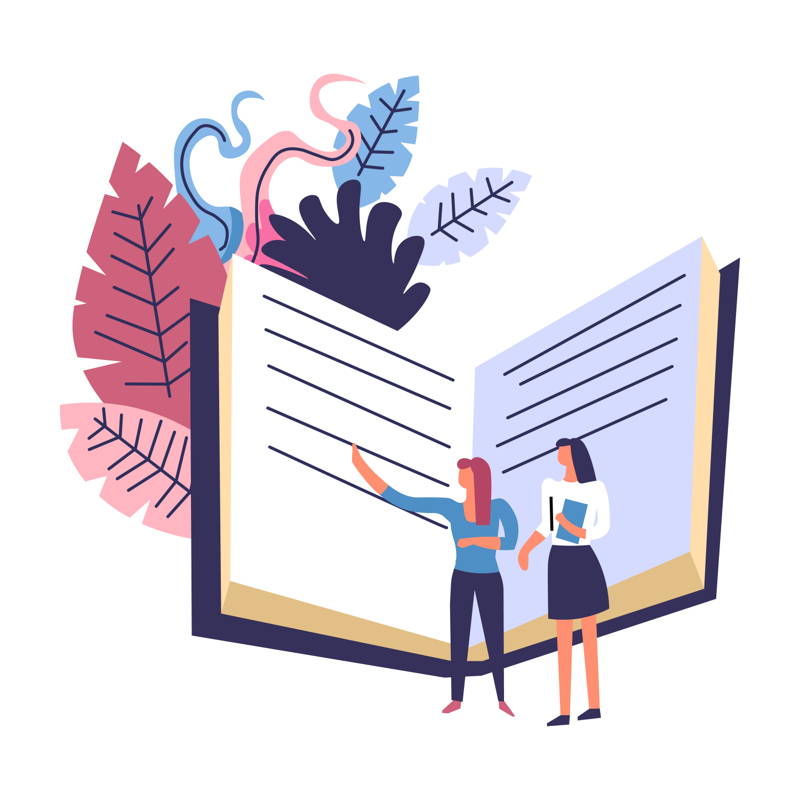 With the rise of social media, feminism, and activist movements, there are so many terms being thrown around all the time that sometimes it can be difficult to keep track of them all. Since the lexicon surrounding women in the workplace is constantly evolving, it’s important to stay on top of the definitions and their context so you’ll better understand where inequalities exist.

For every 100 men promoted into management positions, only 72 women are. That means men end up holding 62 percent of manager positions, with women holding just 38 percent. This is due to the invisible barrier on the corporate ladder called the “broken rung.” Early in the pipeline, the broken rung prevents women from landing their first promotion into management, and it subsequently causes them to play a game of catch-up throughout their careers. It’s important to encourage companies to share their gender representation data, offer mentorship programs, and keep younger women in the pipeline for management positions to prevent splinters on the corporate ladder.

You used to love your job, but now you dread waking up in the morning to trudge to work and sit at your desk all day feeling unmotivated, unfocused, and unhappy. If you identify with this statement, you might be suffering from burnout. A recent Gallup study found that 67 percent of full-time employees have felt burnt out at work at least once. In order to prevent burnout at work, we have to prioritize self-care, mental health days, and find ways to unwind after we leave the office.

There are tons of different root causes of diversity fatigue, but it’s the feeling of being overwhelmed, fearful, or disheartened when talking about diversity in the workplace. Diversity and inclusion in the workplace are discussed now more than ever, and it can be extremely stressful for those in leadership positions to tackle diversity quotas and goals, especially when they’re working to change a long-held, discriminatory system. Representation matters, and it’s important to remember the inherent benefits of a diverse team, rather than the main goal being to hit a specific number just for the sake of it. After all, companies in the top quartile for racial and ethnic diversity are 35 percent more likely to financially outperform national industry medians.

Journalist Gemma Hartley describes emotional labor as, “the unpaid, often unnoticed labor that goes into keeping those around you comfortable and happy.” And to make matters worse, it generally disproportionately falls onto women because society has taught us to believe that it’s our job to keep those around us happy and satisfied. Emotional labor can build up and eventually take a toll on your mental health and start to bleed into your personal life. Find a female mentor at work that can help you deal, and set clear boundaries for yourself in the office.

The gender pay or wage gap is the reality that, on average, women earn less than men in almost every field, and it’s affected further by ethnicity and race: Most women of color earn less than white women, the exception being Asian-American women, but even then, there are varying levels of pay gaps based on ethnicity. Despite overwhelming data and evidence, 1 in 3 Americans don’t even know the gap exists. That’s more than a little concerning. To draw attention to the issue, Equal Pay Day, usually in late March or early April, exposes the gender pay gap and symbolizes the day that women start to earn wages for the new year, whereas men have already been earning their wages since January 1r.

Given everything said above, Equal Pay Day comes with its own set of controversies. The selected date represents, again, the average of women’s collective pay gaps, but it also most closely aligns with white women’s actual equal pay date. If we were to recognize Equal Pay Day with diversity in mind, there would be many throughout the year—in February, in August, in November, etc., one for each marginalized group.

The glass ceiling is a metaphorical barrier that women and minorities face during advancement in their careers. The invisible glass ceiling prevents women from receiving promotions, raises, and other opportunities that are more common among male employees. In June 2019, 6.6 percent of the companies on the Fortune 500 List had female CEOs. The striking part about this stat is that this is the highest percentage of female CEOs on the list in history—just 6.6 percent. The glass ceiling is very much intact.

Glass escalator is the term coined for the phenomenon where men beat out women for promotions in traditionally female-dominated fields like education, social work, and nursing. Even when men are working in female-dominated professions, they are pushed toward higher management positions since those making the decisions about promotions are often other men in leadership positions.

What do you call a fake noodle? An impasta. And as humans, we sometimes deal with feeling like a fake impasta noodle at work. Imposter syndrome is defined as “the persistent inability to believe that one’s success is deserved or has been legitimately achieved as a result of one’s own efforts or skills” and guess what—women are at a higher risk of suffering from the syndrome. The good news is you can finally kick imposter syndrome. Recognize your triggers, talk to a trusted coworker, realize your career is a journey with ups and downs, and believe in your talent.

You’ve heard about it, you’ve read about it, but what is intersectionality really? The term “intersectionality” was coined by law professor and social theorist Kimberlé Crenshaw in 1989, and is defined as “the complex, cumulative way in which the effects of multiple forms of discrimination (such as racism, sexism, and classism) combine, overlap, or intersect especially in the experiences of marginalized individuals or groups.” Basically, it’s a framework to understand the relationship between identity and power. In order to achieve gender equality as working women, we must listen to and lift up all women—especially those with perspectives different from our own.

In 2010, Facebook COO Sheryl Sandberg gave a TedTalk on ways that women are held back, including factors that are both in and out of our control. After an overwhelming response, Sandberg wrote Lean In: Women, Work and the Will to Lead. Her Lean In philosophy encourages women to be more assertive at work and prevent biases from propelling them forward in their career. By leaning in, Sandberg believes women can obtain more authority, so she created the Lean In online space where women can inspire and learn from each other. Critics of Lean In say Sandberg’s encouraging women to fit into a man’s world, and that her advice is out of touch with the reality that less privileged women face.

Your coworker, Jeff, just pulled you aside to lecture you on appropriate female work attire and you definitely didn’t ask for his opinion…yeah, that’s mansplaining. AKA, when a man explains something, usually to a woman, in a condescending or patronizing way because he’s making assumptions regarding her competence. The term was coined, or at least spurred, by Rebecca Solnit’s 2008 essay “Men Who Explain Things.” Mansplaining is a result of a patriarchal society and cultural norms, and unfortunately creeps up in the workplace all the time. Learn what to say to the mansplainer in your office.

In the context of the workplace, marginalization happens when specific employees are treated as “less than,” invisible, or as if their contributions are insignificant. It’s a form of prejudice, and if it’s not dealt with properly in the early stage, it will most certainly lead to a highly toxic work environment. Marginalization generally affects women, minorities, people who have disabilities, etc., and can leave them feeling bullied or isolated. Examples of marginalization include refusal to recognize good work, derogatory language, assuming someone will act according to a certain identity stereotype, and singling out someone’s personal beliefs.

The #MeToo movement has gained widespread coverage in the media in recent years, but #MeToo is by no means a new idea. The movement strives to provide a support system for survivors of sexual assault and abuse and a platform for advocates seeking to end sexual violence. Coined in 2006 by Tarana Burke, the #MeToo movement started as a grassroots community and has transpired into a national conversation on sexual violence and exposing abusers.

In the workplace, the #MeToo movement has had mixed reviews: A LeanIn.org study in 2019 claimed male managers were less likely to mentor women out of fear of accusations, while InHerSight’s own data that same year found that women themselves were split 50-50 about whether #MeToo has positively impacted their workplaces. Regardless, InHerSight continues to monitor employer responsiveness to claims of sexual harassment, and that metric represents the second best predictor for women’s overall job satisfaction.

Comments that degrade, discriminate against, or exclude an employee are considered workplace microaggressions. They can be subconscious or intentional, but the aggressor will generally brush off their statements as “just jokes” or “harmless.” However seemingly harmless these brief verbal and behavioral microaggressions may be, they accumulate over time to damage the wellbeing, happiness, and mental health of the targeted employee. Mixing up the names of two Black employees and assuming the only male in the room is the CEO are just two examples of workplace microaggressions and show the importance of advocating for sensitivity training at work.

Pregnancy discrimination occurs when women are treated unfavorably because they’re expecting—think getting fired, not getting hired, getting skipped over for promotional opportunities, etc. The Pregnancy Discrimination Act (PDA) was passed in the 1970s, but many women unfortunately still feel anxious when letting their employer know they’re pregnant. Under the act, your job can’t be altered in any way because of your pregnancy. So, if you fear you’re being discriminated against, file a charge through the Equal Employment Opportunity Commission (EEOC) within 180 days of the event.