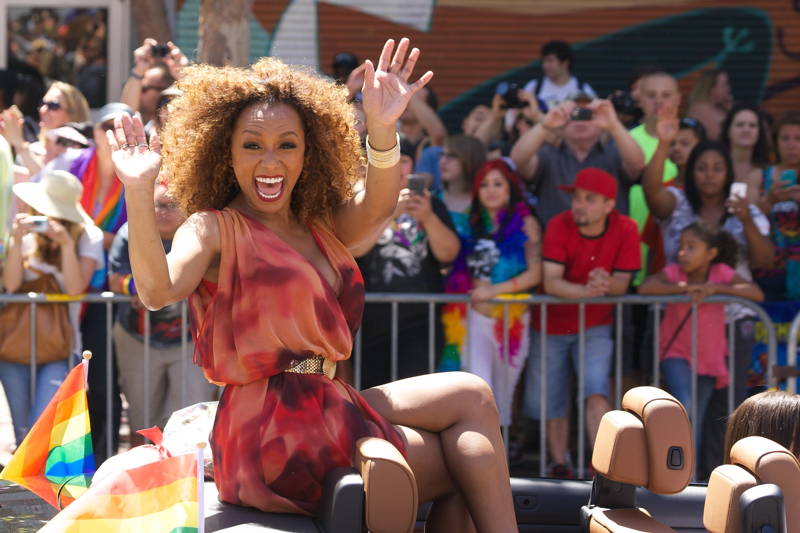 Let’s take a moment to celebrate some of the coolest, smartest, most inspiring women of the last century. There are too many to name on a short list, so here are just a few you should know.

Meet 12 inspiring women you should know

Maggie Lena Walker was a business woman who sought to improve the lives of women and people of color. She was the first Black woman (and woman of any race) in the U.S. to charter a bank (St. Luke Penny Savings Bank in Richmond, VA) and serve as its president. Late in her life, Walker was confined to a wheelchair, yet she traveled the country, advocating for the economic success of people of color, and subsequently became a champion for the disabled as well.

Rukmini Callimachi is an award-winning Romanian-American journalist who makes ‘award-winning’ feel like an understatement. She has worked for Time magazine, The AP, and The New York Times, covering topics like the exploitation of children in Africa and Islamic extremism. Her latest work on ISIS can be heard on the podcast . She’s been a Pulitzer finalist three times already, and has won more than eight other awards, including the International Center for Journalists’ Integrity in Journalism Award.

Fei-Fei Li is a computer scientist who has made it her mission to increase diversity and inclusion within the field of artificial intelligence. She’s a professor and cofounder of Stanford University’s Human-Centered AI Institute. She helped cofound AI4ALL, a nonprofit organization that seeks to educate the next generation of scientists and increase accessibility for underrepresented people in artificial intelligence. She’s won countless awards for her inspiring work so far, with many more to come, no doubt.

Hattie McDaniel was the first Black woman to be nominated for and win an Academy Award. She won the award for best supporting actress in 1939 for her portrayal of ‘Mammy’ in Gone With the Wind. Before this award-winning role, McDaniel had already starred in 67 other films and was active in community service, helping the Red Cross raise money for disaster relief.

Alison Bechdel is a cartoonist, author, and creator of the Bechdel test. Bechdel began her career with comic strip Dykes to Watch Out For, which has been commended for representing lesbian women in popular culture. She chronicled her life in Fun Home: A Family Tragicomic, a graphic memoir about her experiences with sexual identity, abuse, and gender roles that was later adapted into a musical that won a Tony Award in 2015. Her eponymous Bechdel test measures the representation of women in fiction (written, on-screen, etc.): If in the work there are at least two women “on screen” at the same time who talk to each other about something other than a man, it passes the Bechdel test.

Tarana Burke is a civil rights activist credited with founding the #MeToo movement in 2006. She initially used the term on social media to bring attention to the rampant sexual violence against women in society. In 2017, the hashtag went viral as women around the world began publicly revealing their abusers and sharing their experiences with harassment and assault. Burke is a leader in various other activism groups, including Girls for Gender Equality and Just Be Inc., and she was named Time magazine’s Person of the Year in 2017.

Wangari Maathai was an environmental and political activist who was the first African woman to win the Nobel Prize. She founded the Green Belt Movement, an environmental NGO in Kenya that promotes environmental conservation through deforestation prevention and female empowerment through economic development. She served in the National Council of Women in Kenya and made history by winning the Nobel Peace Prize for her work in 2004.

Reyhan Jamalova is 18 years old and is already sporting the title of CEO. Jamalova founded Rainergy, which works to increase energy efficiency in rainy, developing countries by sourcing electricity from rainwater. Thanks to her groundbreaking work, she is the first Azerbaijani person to be featured on Forbes’ 30 Under 30 Asia and was also featured on the BBC’s 100 Most Influential and Inspiring Women in 2018.

Tu YouYou is credited with saving millions of lives in China, Africa, and South America (and really, around the world) after discovering artemisinin, a drug used to successfully treat malaria. Scientists all over the world had spent years researching malaria treatments to no avail, but Youyou made the breakthrough when she had the idea to screen Chinese herbs (where she eventually discovered sweet wormwood, AKA artemisinin). She became the first female Chinese citizen to win a Nobel Prize in Physiology or Medicine and the first Chinese person to receive the Lasker Award in clinical medicine.

Janet Mock is a writer, producer, and transgender rights activist. Her best-selling memoir Redefining Realness: My Path to Womanhood, Identity, Love & So Much More dives into her unconventional childhood spent in Honolulu, Dallas, and Oakland. Since then, she’s worked on the TV series Pose as a writer, director, and producer, making her the first openly trans woman of color in history to be hired as a TV screenwriter. In 2019, Mock signed a three-year deal with Netflix, effectively making her the first transgender woman of color to secure a deal with a major content company.

Winona LaDuke is an environmental and women’s rights activist. She’s best known for her tribal land preservation advocacy work through founding the White Earth Land Recovery Project, founding the Indigenous Women’s Network, and working with Women of All Red Nations to raise awareness of forced sterilization on Native American women in the U.S. She’s earned numerous accolades and was inducted into the National Women’s Hall of Fame in 2007.