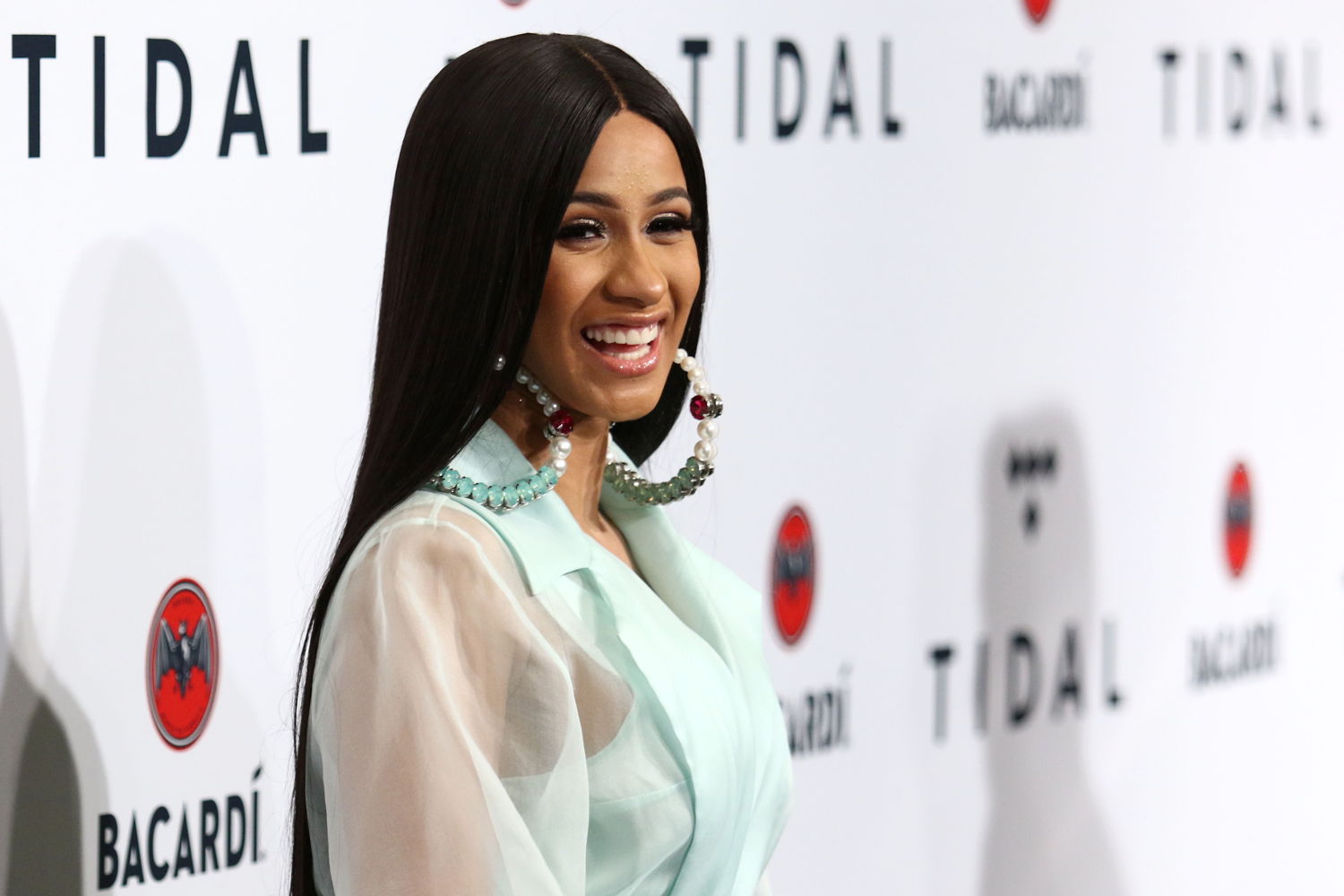 It was the the question heard around the world: “Why can’t I have both?”

In an interview with Hot 97 , Cardi B addressed people questioning her decision to have a baby at the peak of her career. After announcing her pregnancy, many on Twitter commented on the timing, saying she would miss out on the best part of her music career.

She’s not alone. Earlier this year InHerSight took stock of some reviews women left of their employers , and not surprisingly, very few women expressed that they were happy to leave an employer because of a pregnancy. Rather, they stated how much they appreciated the employers who found ways to help them balance work and family life, and encouraged them to strive for greatness in both arenas. While so many of us walk around with assumptions that you can’t have it all, Cardi B assumes she just will.

Cardi B has become the unapologetic, outspoken pioneer working women have been needing. She says what she feels and doesn’t let anyone tell her how to live, while respecting those who feel and act differently. She’s become an authentic, refreshing icon not only for those in the music industry, but for working women everywhere. Her tone empowers women to ask the same questions: Why not? Why not have a child and a fruitful career? Why not do it now?

At the same time, Cardi B recognizes that her position and the money she has worked for is affording her that mentality. It’s not fair or realistic to assume every woman will be able to balance work and motherhood, especially considering how far behind the United States is when it comes to maternity leave . Factors like financial instability or the prospect of single parenthood make it difficult for some women to have both a child and a fulfilling career.

However, too often the first expectation is that a woman must sacrifice her career, regardless of other factors in her life, in order to have children. Cardi B is challenging this by not considering for a second that she won’t be both a great mother and successful entertainer.

Her heroics don’t stop there either, as Cardi has spoken openly and often about how important the hustle is. While we might not all work in a field that allows us to be as brazen as she is, we can all learn from her lessons. They may not be new, but they are good reminders coming from an honest, relatable woman.

I think I speak for many of us when I say how easy it is to lose sight of goals we set at the beginning of the year. You stick to them for a month, maybe two, and then forget all about them when life starts to catch up with you.

Cardi gave us all a reminder of how important our goals are in an Instagram post earlier this year. While it’s since been deleted, the folks at Refinery 29 managed to write it down for those of us who need refreshing: “Try to make a list of goals that you want,” she wrote. “It’s going to make you want to get up in the morning and get encouraged to work and get this money.”

This is something that can help in all aspects of our lives, but particularly at work. Write your goals down and remind yourself of them regularly.

She Knows How to Network

In an interview with New York Magazine , Cardi spoke about how critical networking within her industry is to her success. “Be consistent,” she advised. “I have been to every radio station. … You got to go to these clubs. You’ve got to network.”

It’s important to know who your cohort is when it comes to the professional world. These people can help build you up, or inspire you to do better work. Often, you can offer the same to them.

Do what you love and you’ll never work a day in your life, right?

I think we all know that’s not entirely true. Sure, being passionate about your work makes it so much easier to enjoy it, but we all have bad days.

Some days, you just have to get the work done and pay the bills. Maybe you’re not in the exact role you dreamed you might be at this point. Maybe you’ve been on one career path only to find out the grass wasn’t as green as you thought it was going to be.

Cardi B’s philosophy can be summed up this way: Put in the hard work now, and it will pay off later. Keep setting those goals, working with people who can build you up, and doing what you have to do to make it to the next big thing.