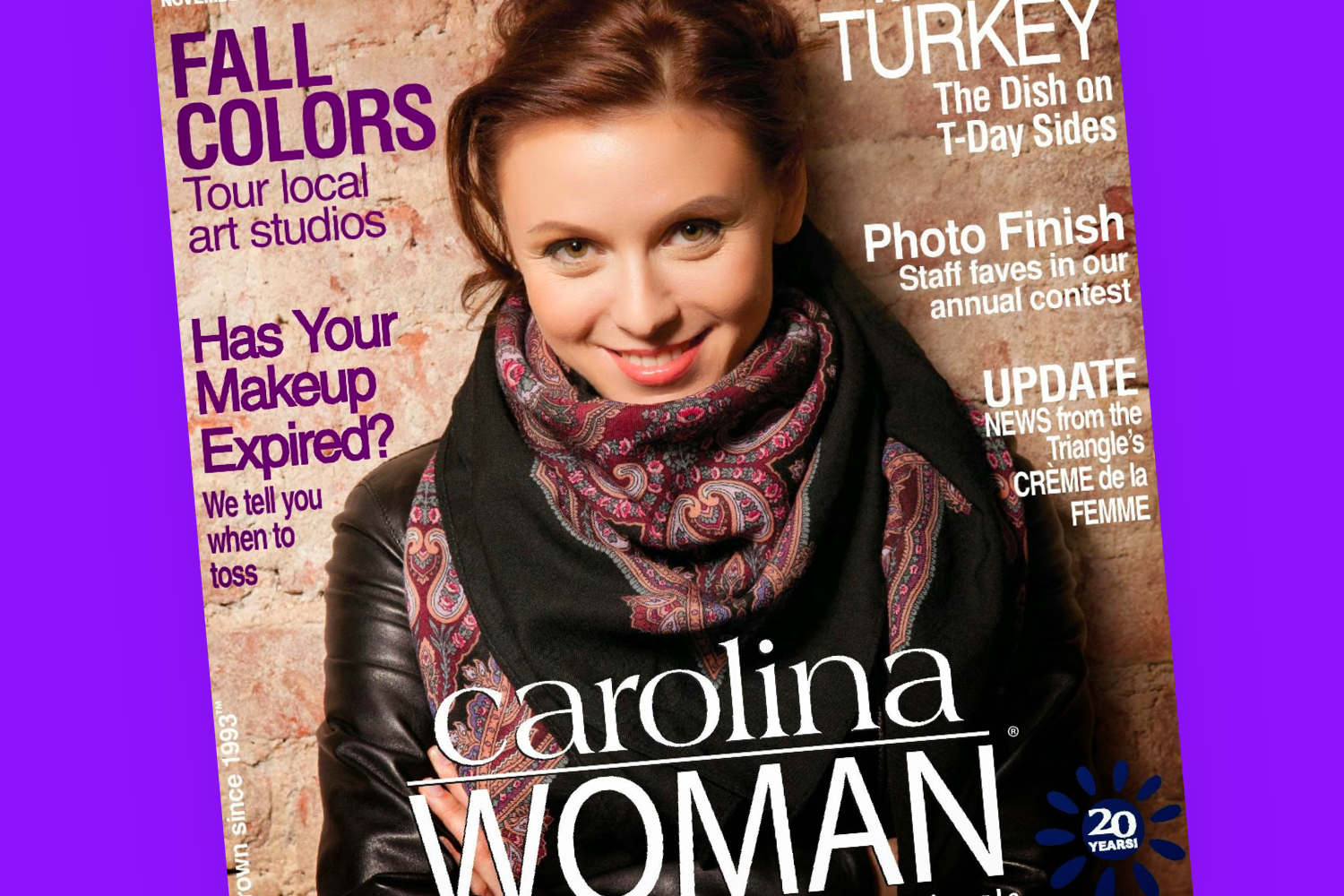 On the brink of Carolina Woman Magazine’s 25th year in business, we want to take the time to highlight the magazine’s established founder and editor, Debra Simon.

Simon was destined for a career in journalism ever since she was a little girl. She grew up trotting back and forth to the library with her two sisters, constantly checking out new and exciting reads. Her older sister, Marilyn, was an inspiration through all walks of life — she always pushed her to be her best and handed her a Hemingway novel when she was just in elementary school. This display of affection and belief in her abilities undoubtedly contributed to Simon’s success in school. She skipped the eighth grade and her senior year of high school to start college at the young age of 15. Throughout her career, Simon’s work has been featured in The Wall Street Journal, Seventeen Magazine, Adweek, Reuters, and more.

Early in her journalism career, she was the editor of a weekly business magazine that ran inside The Miami Herald. Working for a communications company instilled in her the confidence she needed to pursue her own business dreams. First, she launched Lean Times, a fitness magazine, and sold it five years later. Not long after, she continued to chase her passions for journalism and founded Carolina Woman, the magazine for women in the Triangle, in 1993. The female-centric magazine focuses on all aspects of women’s lives, from fitness to finance to fashion.

In the beginning, Simon was adamant about helping women get their hands on her helpful content, so she drove all around town, hand-delivering copies from her minivan. Once local businesses caught word of the magazine, they couldn’t get enough. Copies are now circulated around 500 high-traffic locations all around the Triangle in North Carolina. The magazine has adapted to  the changing technological landscape over the years, making all articles available online now as well.

The Perks: Working with Wonderful Women

What makes the success of Simon’s magazine so sweet is that she gets to interact with and feature intelligent and passionate women all over the Triangle. She says if she can brighten just one day with her content, that’ll put a smile on her face. One of her favorite parts of working for Carolina Woman is the photography contest. Every year, thousands of women participate in this contest. The talent is top notch, so the competition is super fierce. Simon loves that the winners are so excited to have their work recognized and said it’s a wonderful honor to make the calls to the champs.

Simon’s work has changed her as a person, making her much more aware of the larger community around her. What we can take away from her achievements is that we all have the ability to follow our dreams. No matter where you are in life, always take a chance on yourself.