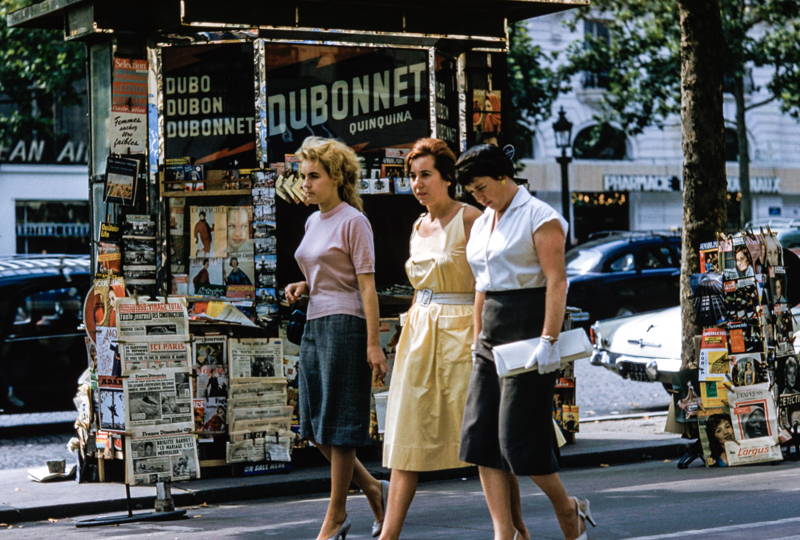 Often, when people hear statistics about the gender pay gap—namely, the fact that, on average, women make about 80 cents for every white man’s dollar—skeptics try to explain it away. One of the most common ways naysayers do so is by saying women choose different careers than men do (ie. education over engineering), so they don’t make as much money.

This is known as occupational sorting, and there’s definitely some truth to it (we’ll get to that), but there’s a lot of research that explains why selecting a high-paying career over a lower-paying one doesn’t remove the pay gap. Studies show that even if you compare men and women using the same factors (age, experience, title, etc.), the gap lessens, but still exists.

In fact, Dr. Elise Gould, a senior economist at the Economic Policy Institute, says a variety of factors affect which careers women choose. The reality is the relationship between job choice and the gender pay gap is much more complicated than it seems.

1. Job ‘choice’ is rooted in discrimination

It is true that women often choose different jobs than men. But a person’s job choice is not their choice alone, says Gould, who researches and writes about wages and inequality. “That ‘decision’ is made by years of discrimination, societal norms, and other forces outside a woman’s control,” she says.

Historically, women have always held lower-level, supplemental roles to men’s—not always because they chose those careers, but because that was the way things were done. They worked in textile mills but never ran them. They typed up meeting notes but never led the meetings. They were cooks, nannines, schoolteachers, and maids, but never mayors, business owners, or, god forbid, engineers.

Then, during World War II, many men went overseas to serve, and a gap in the American workforce needed to be filled. So women—primarily, white women—started to move into traditionally male-dominated fields, working in defense plants, factories, and shipyards. (Hence Rosie the Riveter.)

By 1945, one in four married women worked outside the home. But after the war ended, things quickly reverted to their pre-war state. Women were pushed back into more “feminine” roles as clerical workers, secretaries, teachers, and social workers now that men could fill the other positions again.

Flash forward to today, and that sexism that has, for decades, blocked women from male-dominated careers still shapes much of American work culture, and Gould says it affects how young women envision their futures.

Many girls are told they are not good at math both directly and indirectly throughout their childhood, so when it comes time to take harder math classes or pursue math-related careers, they don’t believe they’re capable, or perhaps even envision themselves working in those fields. It’s no wonder fields like tech struggle to find women to fill open positions—girls stop entering that workforce years before they even start looking at colleges.

The role of mentors is a big factor, too. Gould says girls grow up with role models—mothers, aunts, teachers—who shape their idea of what they can become. But with only 33 of the CEOs of Fortune 500 companies being women, it’s likely they’re not finding many high-power working women to emulate. (Say it with us: If you can see it, you can be it.)

Even when women do find careers that make them happy, whether in female- or male-dominated fields, they often face different expectations simply because of their gender.

When an employee decides to have a child, for instance, the way supervisors treat them can vary dramatically. “Men are thought to be more committed to their job because they now have to support a family,” Gould says, adding that they may be given more opportunities now that they’re dads-to-be. Researchers call this the fatherhood bonus or bump, and it can even be as blatant as a raise or promotion, not just more responsibilities.

Pregnant women or new moms, on the other hand, are often met with skepticism around their commitment to work and are assumed to seek fewer opportunities. This is known as the , a phenomenon that causes moms to earn less than women without children.

Why does that matter in terms of occupational sorting? Well, women are more likely to leave, say, a high-paying office gig if they’re not being promoted and they simply don’t have the time to work 60-plus hours per week while raising a child. They might choose to take a pay cut for a job that has better hours and respects their decision to become a mom.

3. Pay gaps exist regardless of industry

Occupational sorting aside, Gould says the gender pay gap still exists in both female-dominated and male-dominated fields, so you’re going to deal with unequal pay in whatever track you choose. (Chin up! There are ways to broaden your financial literacy and make more money.)

“Look within those female-dominated fields, such as preschool or kindergarten teachers—women are actually paid less than men,” Gould says. According to the U.S. Department of Labor, the top-three most common careers for women are elementary school teacher, registered nurse, and receptionist/administrative assistant. Yet in all of those positions, women’s average weekly earnings are still lower than men’s—in teaching specifically, women earn 88.9 percent what men do.

Care-related work in general is undervalued in society, Gould says, and that’s evident in looking at salaries of professionals in nursing and early childhood education.

Within male-dominated industries, you’ll find a similar story in terms of the pay gap. In medicine, one of the highest paying fields, female primary care physicians earn approximately $39,000 less than their male counterparts.

In these male-centered industries, women also deal with more adversity, more discrimination, less opportunity, more self-doubt, and having a harder time succeeding than their male colleagues. They often feel the need to constantly prove themselves or overcome the old-school “boys’ club” mentality. Trying to get ahead in spite of the mansplaining, sexual harassment, or male judgement isn’t just a challenge, it’s disruptive. It stops many women from pursuing the roles they might want.

How can we address occupational sorting?

In order to address the gender pay gap, we must address gender bias in the workplace, which starts long before any person accepts a job offer. It starts in school, when girls are just starting to learn math, science, reading, and writing skills.

We must encourage young girls to pursue male-dominated degrees, male-dominated careers, and male-dominated positions. This means, creating more opportunities (with scholarships, with programs), and encouraging more mentorship (from both men and women), and changing company policies to better support and train women to become leaders.

There are companies that do this already, and we’ve seen progress from their work: More women are earning college degrees than men, more women are joining the workforce than ever before, and more than 40 STEM organizations exist for girls and women, with many companies encouraging women to work in STEM fields.

Yet still, in 2017, only 6.6 percent of women worked full-time in male-dominated occupations. That means we have our work cut out for us, but Gould says our economy will benefit if we actually take time to foster those up-and-coming women. “When women are paid more, you’re going to get higher quality results” she says.