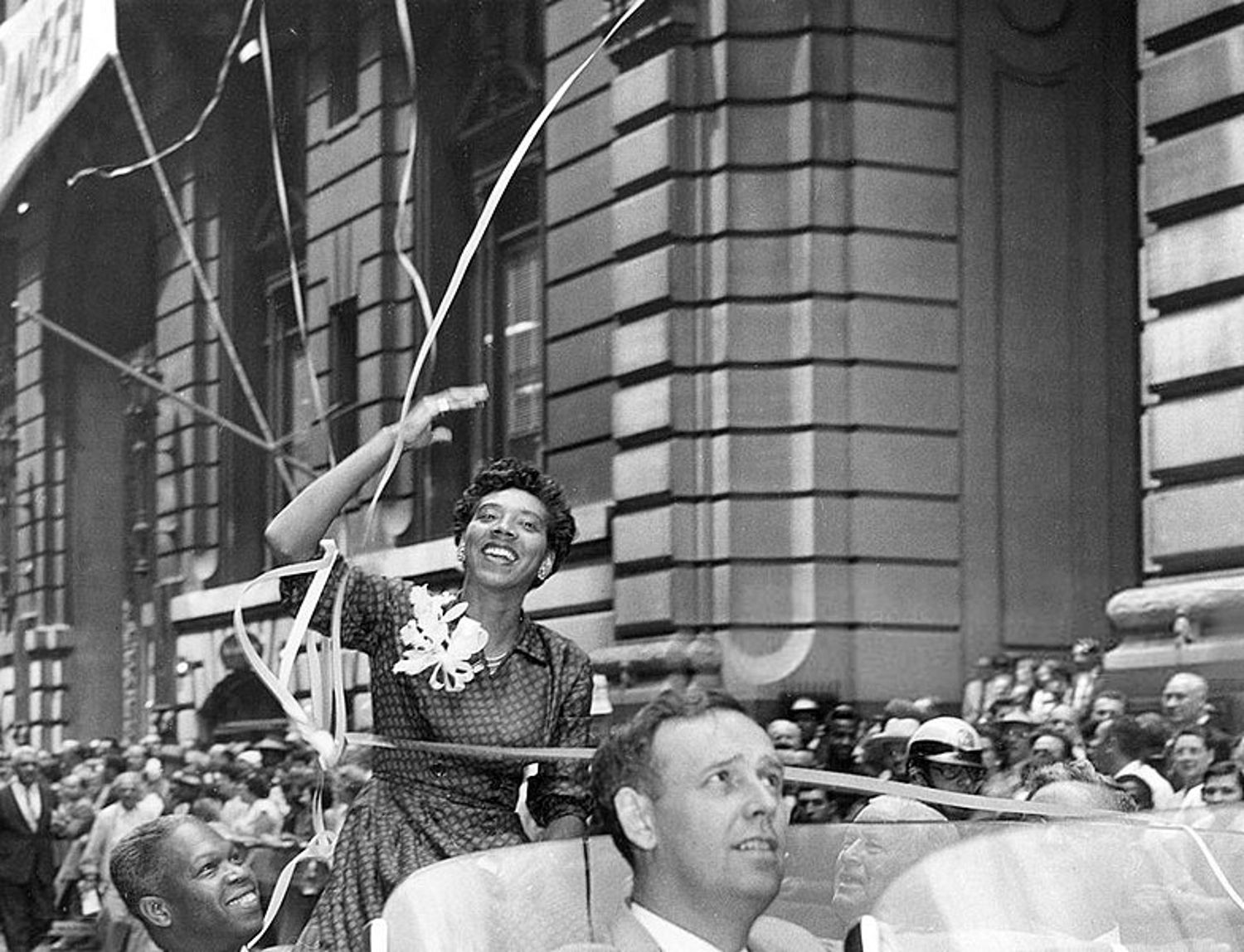 Althea Gibson in her ticker tape parade in New York City after she won the 1957 Wimbledon Women’s Singles Championship. Image via Wikimedia Commons.

Let us start off by saying this: If you’re going to create a list of world-changing people whose historical impact needs more attention, the easiest way to do it is by looking up women whose work was, until recently, uncredited. The Hidden Figures–esque women of history—like the black female mathematicians who worked for NASA during the Space Race—are, unfortunately, relatively common.

We’re thankful for women who’ve come before us and are happy to see that, more and more, women are getting the credit they deserve for how they’ve shaped our world. These are a few of the people we want everyone to talk about more—the change-makers who, even if they’re famous, deserve several thousand rounds of applause for their talent, bravery, and foresight. Given everything we’ve said above, naturally, they’re all women.

You know Ellen because you’ve probably either a) had “Just Keep Swimming” from Finding Nemo stuck in your head or b) watched videos of celebrities dancing on her show. But before Degeneres became a beloved cartoon fish, she was a stand-up comedian and star of her eponymous ’90s sitcom. In 1997, during the fourth season of Ellen, Degeneres came out as a lesbian on both her show and The Oprah Winfrey Show. Degeneres faced major media backlash, but her bravery was a landmark moment for many in the LGBTQ community. In 2016, President Barack Obama awarded her the Presidential Medal of Freedom.

Behind every great man is a great women’s…diary. Wife of American writer F. Scott Fitzgerald, Zelda Fitzgerald was so influential in the social sphere of the Jazz Age that her husband dubbed her “the first American flapper.” Although the Fitzgeralds’ marriage was riddled with alcohol abuse and scandal, Scott considered Zelda a muse—as right he should, because he copied many lines in his celebrated works of fiction almost verbatim from her diary.

If you think you work is a man’s world now, imagine being computer scientist and systems engineer Margaret Hamilton in the 1950s and ’60s. As the director of the Software Engineering Division of the MIT Instrumentation Laboratory, she lead the effort to develop the on-board flight software for NASA’s Apollo space program. Credited with coining the term “software engineer,” Hamilton later founded Hamilton Technologies, Inc., were she created Universal Systems Language. She received the Presidential Medal of Freedom in 2016.

Not only was Wilma Mankiller the first female chief of the Cherokee Nation, but she was also a fierce advocate for the future of her people. During her tenure, she increased the number of tribal health clinics, created a job center, brought in new business, and created programs for adult literacy. As a result of her efforts, tribal enrollment tripled and employment, health, and educational achievement numbers dramatically improved. So visible were her efforts that President Bill Clinton awarded her the Presidential Medal of Freedom in 1998.

Mexican-American singer Selena was a groundbreaking crossover artist until her tragic murder in 1995. A Texan, Selena grew up speaking mostly English, but when she began singing and recording, did so in Spanish, gaining immense popularity for her Tejano and Latin music. (As in, sold out the Astrodome.) In 1987, she was named Female Vocalist of the Year and Performer of the Year at the Tejano Music Awards, and in 1993, she won a Grammy for Best Mexican-American Performance for her album Selena Live. Her legacy is perhaps best remembered through her 1995 album Dreaming of You, which had songs in both English and Spanish. When the album came out, it was the first from a Latin artist to debut atop the U.S. Billboard 200.

German-American sex therapist Ruth Westheimer upended America’s private lives when, in 1980, she launched her radio show, Sexually Speaking, wherein she gave uncensored sex advice to people who called in. As her fame grew, Westheimer used her position as a media personality to advocate for and educate the nation about women’s health and, during the AIDS epidemic, gay rights.

We love a woman who loves her work. Chinese-born physicist Chien-Shiung Wu once remarked, “There is only one thing worse than coming home from the lab to a sink full of dirty dishes, and that is not going to the lab at all.” That’s perhaps because she was involved in some of the most disruptive works in her field: American-trained Wu worked on the Manhattan Project, which helped the U.S. develop the atomic bomb, and disproved the law of conservation of parity. Two male physicists, Tsung-Dao Lee and Chen Ning Yang, were credited for the latter and won Nobel Peace prizes (wow). But Wu eventually became the first female president of the American Physical Society and was dubbed “The First Lady of Physics.” Casual.